What is the environmental footprint of the $25 Billion Alibaba Singles Day 2017 figure?

If you are not aware, Alibaba hopes to eventually either shut down your e-commerce operation, or simply absorb it into the Alibaba portal realm. In North America you probably already thought this was a danger from either Walmart or Amazon. But those two companies have nothing on Alibaba. Compared to the China company, Amazon and Walmart are just little corner stores trying to sell toilet paper and cheap beer across the street from a Costco (Alibaba is coming for Costco too). And the China market is not only growing, it is obsessed with obtaining the same standard of living that first world countries have enjoyed for so long. The issue is that China has 20 percent of the world population. If that many people live the wasteful lives that most first world countries do, the earth will not be able to sustain the activity.

If you have been living under a rock, just read this. (https://en.wikipedia.org/wiki/Alibaba_Group). After reading, continue here…

In North America we have what is known as Black Friday for the yearly sale in which items are discounted and moved out the door quickly as everyone involved looks for a bargain. But Alibaba has “Singles Day” (https://en.wikipedia.org/wiki/Singles%27_Day) and it makes Black Friday look like a bake sale at your local church or school.

This year Alibaba sold over $25 BILLION dollars in one day though their e-commerce portal. (https://www.bloomberg.com/news/articles/2017-11-12/alibaba-singles-day-goes-global-with-record-25-billion-in-sales) The most that Black Friday has ever sold in the one day was about $3 billion. Think about that a moment. That is a difference of $22 BILLION. And, Black Friday sales are made up from multiple outlets and sites. Alibaba did their number through one portal alone (granted, with multiple vendors).

When you consider the number of products sold to generate that high number you have to accept a few interesting points. First, just to generate that amount of material (phones, appliances, clothing, etc, etc,…) there was a massive environmental footprint. But now that all of this material has been sold, it must be shipped to the locations that made the purchase. So, we should expect an incredible increase in carbon output from various transport vehicles over the next several weeks just to deliver the products ordered. Cars, trucks, motorcycles, airplanes, boats, and even animals being pushed into cargo movement will now be pushing along for days and days to deliver the items that were ordered in the areas that Alibaba serves. And, every product purchased is, in many cases, replacing a product that will now end up in a landfill instead of being properly dismantled and recycled.

If you read the news, you are aware of several air quality issues in China and surrounding areas. Remember the 2008 Olympics in China? They had to shut down the industrial areas of the city for weeks prior to the games just to clear the air. And, just this week, United Airlines canceled all flights to New Delhi in India because the air quality was so poor they rated it as if it were flying into a hurricane. (https://www.bloomberg.com/news/articles/2017-11-12/united-airlines-halts-flights-to-new-delhi-on-poor-air-quality)

Look, I’m not one to say you shouldn’t look for a deal. But clearly we see something happening here in the race to control world commerce. What we are seeing is a battle to get the most product to the most people at the lowest cost without any regard for consequences to the place we live. The battle is due to stock market pressures to always out perform. And the race isn’t going to slow down any time soon. Only profit matters.

I’ve always wondered why, when a company posts a profit of a few billion, you still see articles saying “analysts didn’t see the results they expected” and the stock still suffered. Wait a minute here! You are telling me that the company is profitable, made a ton of money, but because the money made was a few percentage points lower than an analyst expected, we now have to feel bad and think the company is crap? What are we doing here? I’m calling BS.

The ever-increasing pressure from Alibaba to generate increased income will only funnel down to the Walmarts and Amazons of the world. How could a $25B not do so? If those companies can’t match the incredible growth of Alibaba, they will be pressured to cut wages, cut costs, increase discounts, and find less environmental ways to do business.

Climate change is happening. (http://njtoday.net/2017/11/06/climate-change-confirmed-news-worse-thought/). And world commerce, fueled by stock pressure, is a primary cause.

We are killing ourselves just to enjoy a lifestyle that can’t be sustained. The irony.

The waste of Singles Day is massive:

Where is this leading our world and economy? I’m not an expert on such things. But even I can see that such activity is not good for any of us. We must begin to look at commerce as something other than more profit or else. We must begin to conserve and reuse. And, in terms of our new world Internet lifestyle, we must STOP WANTING EVERYTHING NOW FOR LESS.

I write this as I’m also working on a new e-commerce web site. Of course I see the irony. I want to create a successful site that makes money for the business. That is how the world works. Commerce. But at the same time, I fear where this is all going and wonder what I can do to help end this trend of growth based on waste. And, I also wonder if the items I am going to sell of the site will just simply be sold cheaper by an Alibaba portal and shipped for nothing due to the incredible power they have over shipping rates. I’ve seen displays ship from China suppliers via FedEx or UPS cheaper to the US than what it costs me to ship from LA to NY.

I work in the Trade Show Display industry. This is one industry that has monumental waste in so many ways. Though the industry is attempting to reverse that trend with items like rental exhibits and recycled materials, it is the market that dictates where we go. If a client won’t offer a budget for green materials and services, what do you do? You can either take the job anyway and stay in business, or you can refuse the job and not make any money. Larger companies can perhaps have more room for adjustment to this trend but most small companies, what makes the US run, do not have that luxury. And if you ever hang out at a trade show during dismantle procedures, the waste you witness is astronomical.

All I can do right now is talk about it, hope you read it, and hope you think about it for yourself. Perhaps it is time to rethink our “instant gratification” world we have created on the Internet.

Keep in mind that Alibaba, after this year’s successful Singles Day, went on record that they want to eventually expand the service world wide. That’s right. The $25 Billion we are talking about was only for the small area of the world they currently serve on a daily basis (not small actually because it is 200 countries but still mainly China for the bulk). Should they expand, that number will grow so large that the footprint will possibly create catastrophic results in a single day or week for carbon output.

I’ve spoken about Alibaba before (http://blog.jacobnorris.com/the-race-to-the-bottom-in-portable-exhibits). I will certainly speak of them again. This isn’t a China problem. This is a world market problem. Greed is the problem. 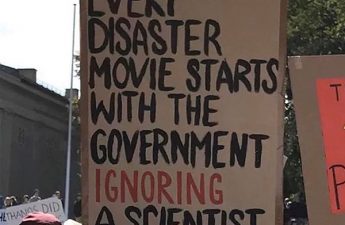 Trade Show Industry Killed by Covid-19 – Why Are We Not Admitting It?

Important collection of posts from other locations

Graphic Designer with over 20 years of experience working in all forms of print media.
View all posts by Jacob Norris →