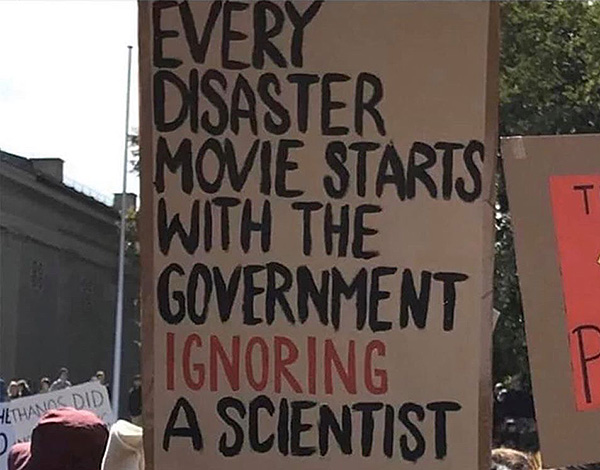 We won’t see trade show events again until some time in 2021. Maybe even later. And the trade show display/exhibit build industry is done as well.

Picture this. It’s August 2020 and several states in the USA have lifted multiple restrictions for stay at home measures so the economy can get back to normal. However, each state still keeps some measure of “keep your distance” in effect because they have to cover their backs legally. Meanwhile, no vaccine exists for the pandemic and we are still seeing infections and deaths nation wide.

Let’s think about this for a moment. Every single expert in disease has said that until a vaccine exists for Covid-19, no one is safe and distances must be kept. And, since the work on a vaccine only began in early 2020, that means the treatment will be at least 1 year away after trials and testing.

In just the last 10 days as of this writing, at least 20,000 people have died from ignoring this issue in the USA from Covid-19. That’s 2000 people per day. Why are we not taking this seriously?

Every major disaster movie begins with politicians and average people telling “experts” that warn of the coming disaster that they are crazy.

And where does the trade show industry go from that point?

What trade show event contractor wants to be the first to do the following until a vaccine exists and is well distributed to the nation?

Oh, did I mention you need to keep everyone 6ft away from each other, all wearing masks, staying clean, not breathing bad air in rooms or an aircraft? And, should one person die because of being involved with your event, you may be sued?

Tell me who wants to put that event on and expect a big crowd other than right wing survivalist deniers or uneducated Darwin Award candidates?

Right now, 10×10 portable exhibits that have been the lifeblood of small business (which makes up the majority of exhibitors and attendees at events) are no longer selling. Small business is going out of business. The last thing they will be planning on for the next few years is a trade show. Rather, they just simply need to get back on their feet, pay off loans, and hope they survive. And would that small business feel they can send someone to a trade show if no vaccine exists? Hell no, they would be sued as well.

Larger companies that exhibit with larger displays also are in the same position. Though their budgets are bigger, their legal team would say the same thing. “Don’t send anyone to an event unless you can guarantee their safety or the safety of our customers.”. So those larger island displays are gone now as well.

Where does that leave the industry? Some have pivoted to making other items. If you have a production shop in house and can make other products that sell, good for you. If you can’t and are simply a distributor of manufactured exhibit items from other suppliers, you are now in the position of not doing business for about a year minimum.

Industries that thrive from trade shows and events will also suffer. Any restaurant, bar, hotel and so on that is only in existence because of nearby annual routine events will now be out of business. I’ve actually seen some numbers suggest that 75% of restaurants in the country will go out of business because of Covid-19. Imagine that percentage on other similar industries that rely on “events” to keep afloat.

With that said, you are going to see a good percentage of exhibit companies fold as well. Some people have suggested there were too many exhibit companies in the industry these past few years due to the ease of online selling. Perhaps that is true. But, if anyone is in debt right now and is in the trade show industry, prepare to be out of business for a year. If you can manage to stay afloat and pay debt until mid 2021, you might survive and still be in business. Otherwise, I suggest looking for other options. Either way, the jobs and wealth lost will be staggering.

When a vaccine is present, and proven to work, we can then go back to our jobs. But, the damage caused by the delay will mean a very slow recovery. Don’t expect anything quick. Those days are over. It will take a massive roll out just to administer the vaccine. Plus you still will need to test everyone to see if they had the virus or not. This is a monumental task.

During this time, who wants to go to a trade show? Those of us from the industry will be lucky to just get a job stocking items at an Amazon warehouse or Walmart.

I wish this were not the case. I’ve loved working in the trade show industry for so many years, but lives are more important than industry. And, I’ve seen too many of my industry peers think this will just blow over and we’ll all be back at it by August of 2020. No, sir. That isn’t going to happen. Prepare for the worst while hoping for the best. Because the best is hoping for 2021.

Unless you are in Las Vegas and supported the Mayor of that city. God help you then.

Important collection of posts from other locations

How To Design Large Format Graphics

Graphic Designer with over 20 years of experience working in all forms of print media.
View all posts by Jacob Norris →